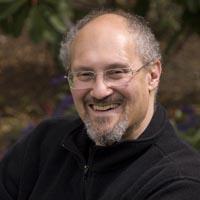 Fred David Sack was born on May 22, 1947 in New York City, the only child of Irving and Matilda (Trudy) Sack. Like many of his peers born in the wake of World War II, Fred was raised within the influence of the liberal Jewish tradition and the progressive tenets of the Ethical Culture Society. He attended Stuyvesant High School, graduating in 1969, and Antioch College where he majored in Sociology and was active in school and antiwar politics. He loved music of all types, folk dancing, playing the guitar, and traveling.

When he graduated from Antioch in 1969, Fred returned to New York City to work as a Research Analyst for the Health Services Mobility Study sponsored by the Research Foundation of the City University of New York. In 1973, He became an Assistant Management Analyst for Prison Health Service of the Healthy Services Administration of the City of New York. While living in Brooklyn, Fred discovered the Brooklyn Botanical Gardens and quickly cultivated a fierce love of plants and natural habitats that would guide his interests and passions for the rest of his life.

Following his new found love, Fred enrolled as a PhD student in Plant Biology at Cornell University. His dissertation topic was, “The development and ultrastructure of the stomata of Funaria hygrometrica, Hedw.” After earning his PhD in 1982, Fred was a post-doctoral Research Fellow under Professor Carl Leopold at the Boyce Thomson Institute of Cornell University.

He joined the botany faculty at Ohio State University as an Assistant Professor in 1984, where he remained for 22 years, becoming an Associate Professor in 1990 and a Full Professor in 1997. His courses were very popular among students and his research into the cellular structure of plants and the effects of gravity on the growth of plants catapulted him to international prominence in the field. In 1994, he spent his sabbatical leave at the John Innes Institute of the Department of Cell Biology at Norwich University in England. From 2004 to 2006, he was Chair of the Plant Cell and Molecular Biology Department at Ohio State and was formally recognized by the University President for his contributions to scholarship.

Fred’s involvement in his chosen field was extensive. Over the course of his scholarly career, he published over 110 articles, supervised scores of graduate students, and received millions of dollars in grant support for his research. Between 1996 and 2000, he served on the External Advisory Board for the NASA Specialized Center for Research and Training in Gravitational Biology at Rice University. In 1995, he served on the grants panel for NASA's Life and Biomedical Sciences, Plant Biology section. Between 1992 and 1995, he participated in the Science Working Group of NASA’s Space Station Biological Research Project and was a Council Member of the American Institute of Biological Sciences. Between 1993 and 1995, he served on the National Academy of Science Committee on Space Biology and Medicine, the Space Studies Board, and the National Research Council. Between 1991 and 1993, he served on the Board of Directors of the American Society for Gravitational and Space Biology. In 2004, he was awarded the NASA Public Service Medial at the Kennedy Space Center and in 2005 he was appointed a Fellow of the American Academy for the Advancement of Science.

In 2006, Fred was named Head of the Botany Department at the University of British Columbia in Vancouver Canada, in which position he served until 2011. In 2008, he was the recipient of a Faculty ROAD (Research Opportunities and Directory) Undergraduate Mentorship Award at UBC.

Throughout his life, Fred travelled extensively worldwide, attending and presenting at conferences, investigating natural habitats and visiting friends and colleagues.