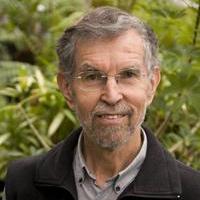 Paul J. Harrison grew up in Ontario on a farm and attended the University of Toronto. He moved to the Botany department at Guelph for an MSc in plant ecology. After he worked with Canadian  University Students Overseas (CUSO) in Ghana and was posted to the coast, he found interests in Marine Biology. He did a PhD in Oceanography at the University of Washington, and he joined UBC in September 1975. He had a prolific research program in Biological Oceanography, jointly appointed between the Departments of Botany and Earth, Oceans, and Atmospheric Science (EOAS-https://www.eoas.ubc.ca/news-events/news/1484208000). He mentored many students and postdocs, including David Turpin (PhD, 1980), who was Paul’s first student to move into off-shore studies, followed by Curtis Suttle (PhD, 1987); and Neil Price (PhD, 1987). A memorial tribute by Curtis Suttle in the Association for the Sciences of Limnology and Oceanography demonstrates the lasting impact that his mentorshop had on his students (https://aslopubs.onlinelibrary.wiley.com/doi/pdfdirect/10.1002/lob.10170). He was a valued instructor at Bamfield Marine Station . From 2001-2010, Paul was the Director of the Hong Kong University of Science and Technology’s Atmospheric and Marine Science Centre. Paul retired to UBC, and he passed away in December 2017.

A memorial scholarship has been established in his name at UBC: https://memorial.support.ubc.ca/paul-j-harrison/