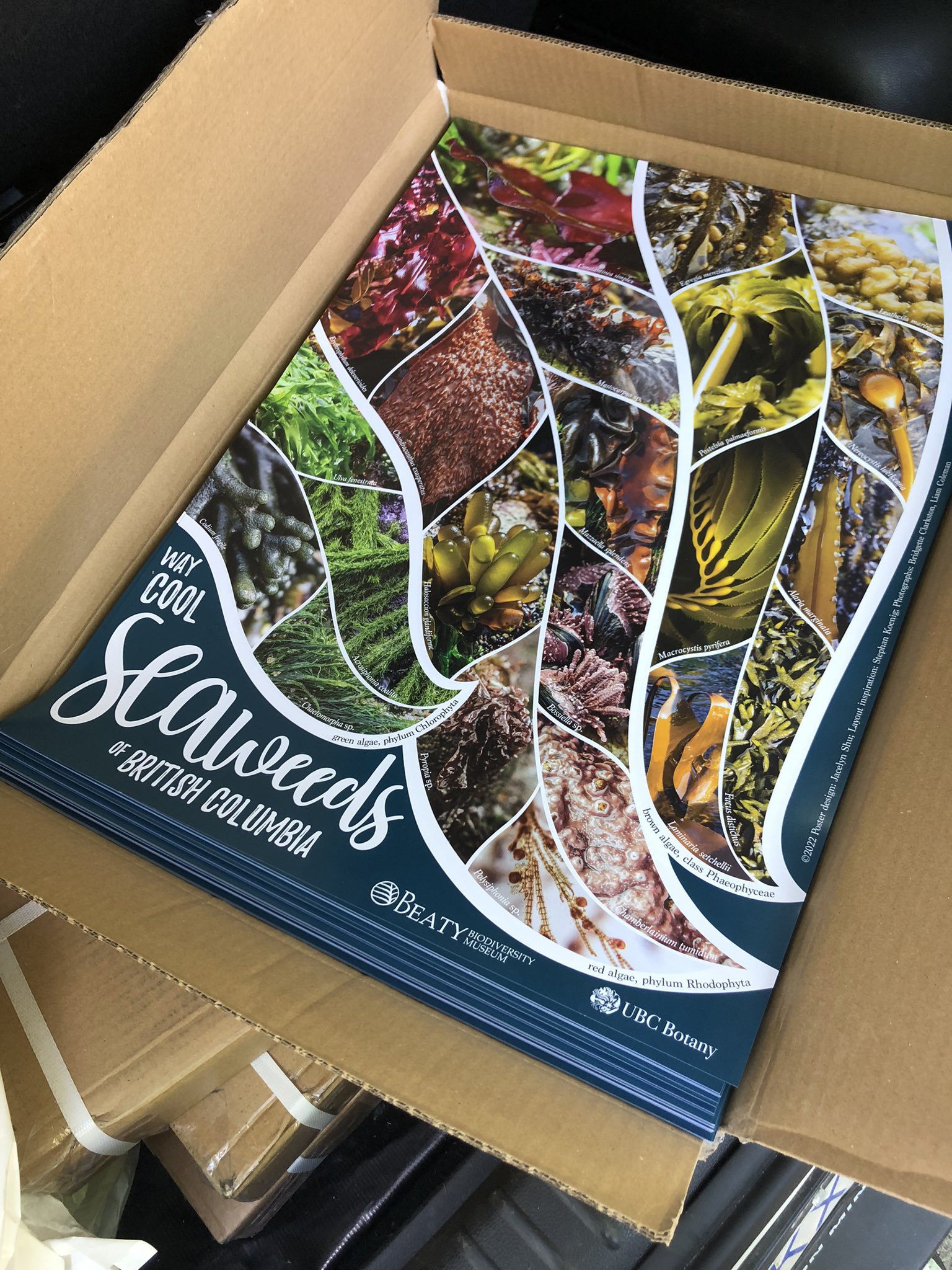 Dr. Bridgette Clarkston, Associate Professor of Teaching, worked with the Beaty Biodiversity Museum to compile a poster depicting the seaweeds we see around our province.

Clarkston was inspired to create the poster based on one she had as an undergraduate student. The original striking visual depiction of seaweed diversity was created in the mid 2000s by Colin Bates, a former UBC Botany graduate student of Robert DeWreede. Bates's version featured dozens of species all with their own small rectangular photograph.

"I wanted my seaweed poster to be a bit different, to feature a few iconic species in larger photos, to showcase the variety of seaweed colours and forms and to have flowing, curved lines that suggest the shape of seaweeds draped across a rock," said Clarkston. "The design of the three flowing fronds is also informative. Each one contains species from one of the three major taxonomic seaweed groups: the red seaweeds, green seaweeds and brown seaweeds."

After sitting with the inspiration, the realization of the poster involved a collaborative effort. Clarkston and Dr. Liam Coleman, then a PhD student with Patrick Martone, began taking photos of seaweed in B.C. The poster was designed by Jacelyn Shu, who was doing an internship with the Beaty’s Digital Producer Derek Tan, alongside her graduate work in Zoology with Colin Brauner. Tan kindly allowed Shu to work with Clarkston to design the poster during the internship.

Jackie Chambers, Education and Outreach Manager for the Beaty, generously donated half of the funding to print the posters, while Botany provided the other half. The posters were printed locally by VanPrint.

"One of the many joys of my job is to share the wonders of seaweeds with my students, my colleagues and the general public," said Clarkston. With this project she hopes to share the beauty of our local BC seaweeds with as many people as possible. She has started distributing the posters to classrooms in the province and would be delighted to see these posters go to homes, offices and research spaces.